Are you ready to get BOOKED, get SEEN and get HEARD on MEDIA OUTLETS across the country?

When you know you are the answer to

somebody's prayer or the solution to

someone's problem, you have a

COULD I BE YOUR "ANSWERED PRAYER?" 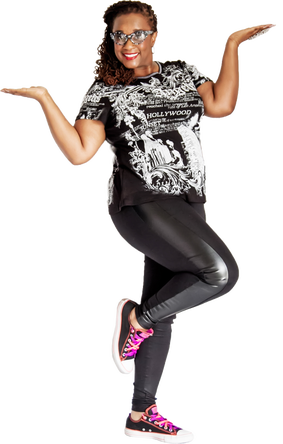 Listen! I’ve had it up to my eyeballs watching experts be so frustrated and discouraged trying to figure out ways to let folks know how incredible their product or service is.

My heart breaks for authors who are sitting on must-read books that could impact so many lives if more folks knew their book was a solution to their problem.

I’m tired of entrepreneurs losing sleep trying to figure out ways to get media outlets to take notice of their game-changing business.

Stressed, frustrated, and sleepy entrepreneurs are walking around misinformed because of myths about publicity.
​
Well, I’m here to bust through those myths and show you how it’s possible to land on media outlets around the country including ABC, NBC, CBS, FOX and CW.

THE BEAST IN THE MEDIA STREETS

Before I launched Media Mavericks Academy and became the Chief NoiseMaker, I was an award-winning TV Editor with over two decades of experience on some of television’s most notable shows such as The Tonight Show with Jay Leno, The Bachelor, Swamp People and Access Hollywood.

My resume is peppered with iconic brands including ABC, NBC, MTV, OWN, Bravo, DreamWorks, and The Walt Disney Company to name just a few. And working with those companies, I created publicity packages and DVD features for box office smash hits like Shrek, The Chronicles of Narnia, The Incredibles, Cars, Princess Diaries, Cinderella and so many more.

Over those 20 years of behind-the-scenes experience, I learned a whole whole lot on how to package, market and sell a product – information I put to good use when I published my first book 40 Days Till 40RTY: Life Lessons from the Ramblings of My UNFILTERED Thoughts.

Only this time, I didn’t have a supporting team of producers, directors and publicists. It was just me.

And it wasn’t just booking time on TV shows or radio programs; I was going to have to step from behind the camera and put myself front and center and make some noise. As a result of my efforts, that first book was downloaded more than 10,000 times in just two days across six continents.

I went on to write three more books and booked myself on TV and radio stations across the country without using the services of a publicist or booking agent. And I can show you how to do it, too.

​I will give you 5 media strategies that I teach my
​
Media Mavericks like...